CAR T-cell therapy is one of the most exciting new cancer treatments to come through the pipeline in my 30-plus years as a medical oncologist. Providers and patients—not to mention investors—have been captivated by the idea of genetically engineering human immune cells to recognize and attack proteins on the surface of cancer cells. Stories of individual patients whose cancers seemed to vanish after this therapy have sparked hopes of curing some cancers, not just holding them in remission.

Earlier this month, the federal government took steps to make this potential game-changer more broadly available. In a National Coverage Decision, CMS announced that Medicare would cover two therapies that are FDA-approved to treat different types of lymphoma and leukemia. Previously, these coverage determinations were made on the regional level, leading to confusion and inconsistency. Given that commercial payers typically follow Medicare’s lead, we can expect more of them will also cover CAR-T therapy.

Additionally, CMS also announced it will reimburse hospitals for 65% of the additional costs associated with administering CAR-T versus the previous 50%.the  Given that the therapy itself runs $375,000 to $475,000, and hospitalization costs can add hundreds of thousands of dollars on top of that, hospitals could still be left with a six-figure shortfall for each patient. Still, the industry viewed it as a positive step—even if it had hoped for a larger increase.

Since the announcement, I’ve been asked by colleagues what this all means. Are we going to see an explosion in the use of CAR-T? While it’s too early to predict, here are several of my observations about the promise of this therapy, the factors that may limit its spread, and the need to pair our excitement about new therapies with a wait-and-see attitude.

CAR-T could be revolutionary, but we need better evidence of its efficacy.

I believe that CAR-T therapy will play a major role in the future of cancer treatment. However, we still lack real-world evidence that current CAR-T treatment is superior to other regimens. It has never been compared head-to-head with any of the current standards of care.

The clinical trials leading to FDA approval of these treatments used highly selected subgroups of patients, who survived long enough that their T-cells could be collected and genetically engineered

A benefit of the CMS coverage determination is that it requires reporting on the efficacy and toxicity of CAR-T therapy. This will help us to gauge the treatment’s effectiveness on more representative populations.

Even as demand for CAR-T therapy increases, it may be limited by the health system’s capacity to deliver it.

CAR-T therapy is a highly complex procedure, requiring technical equipment and physician expertise that is not widely available. The process of gathering a cancer patient’s T-cells, genetically modifying them and growing them in culture takes painstaking lab work that costs hundreds of thousands of dollars. Unlike a drug produced in a factory, we can’t simply increase output.

Reimbursement issues will likely also limit capacity. While academic medical centers and large metropolitan hospitals will offer CAR-T and accept reimbursement that doesn’t cover their costs, others will stay on the sidelines.

Determining which patients will benefit from this therapy and when they should receive it in the course of their disease is essential to determining how society can pay for it.

The CAR-T story is another chapter in a dramatic trend we’re seeing in cancer care: million-dollar therapies with incredible promise but immature data to prove their effectiveness. If we don’t find a way to manage spending on such treatments, the system is going to go bankrupt. It’s critical that we figure out which patients are most likely to benefit from CAR-T therapy. We need to harness predictive analytics to identify these patients, based on factors such as their genomic presentations, comorbidities, cancer molecular characterization, and the number of relapses they have had.

Going hand in hand with the need for predictive analytics is the demand for new payment models. Let’s say that, given a patient’s unique characteristics, we predict a 90% chance that CAR-T treatment will dramatically extend her survival. The patient, provider and payer would likely agree it’s a financial risk worth taking. But what if the chances are 50%—closer to the results we saw in the Juliet study, one of the CAR-T clinical trials? How do we spread the risk? We need value-based payment models that can help spread that risk. These models align the interests of payers and providers, helping them make decisions based on the best available evidence.

Pharmaceutical companies themselves may also take on risk. In Germany this year, Novartis announced that it would provide a partial refund of its CAR-T treatment if the patient dies of his or her cancer in a set period of time. Such outcome-based payment models may become more prevalent.

Pioneering new treatments such as CAR-T have changed the calculations of the fight against cancer. Given their price tag, we can’t simply try them and see if it works—the way things have been done for years with less expensive therapies. As treatments continue to advance, our ability to evaluate their efficacy, to identify which patients are most likely to benefit from them, and to afford these treatments also need to evolve. 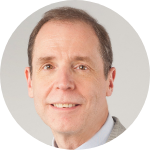 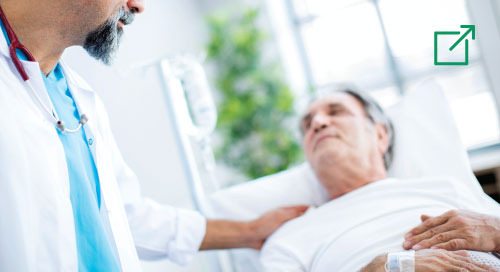 How do you deliver individualized cancer care from both a scientific and human perspective? Read Managed Ca... 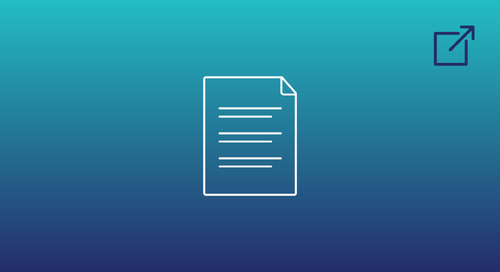 Dr. Hertler, Chief Medical Officer at New Century Health, and others describe the potential of big data and... 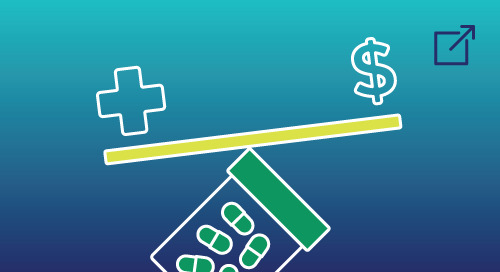 The Financial Burden of Breast Cancer

As more cancers are treated like chronic conditions, financial toxicity has become a greater problem, our CMO Dr. Andrew Hertler tells Next Avenue. 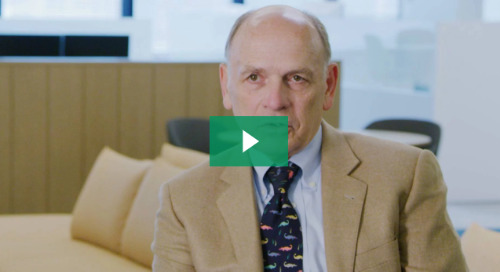 Navigating the CMS Oncology Care Model can be complicated. Listen to oncologist Dr. Wade describe his OCM experiences and how a partnership with New Century Health positioned his practice for success. 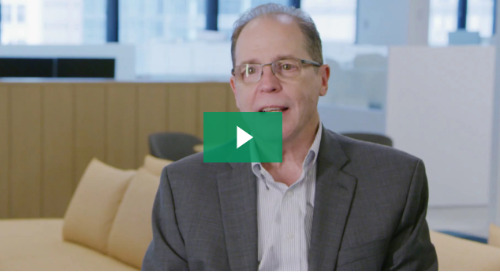 New Century Health’s clinical pathways are rigorously developed and maintained by company clinicians under the oversight of an independent Scientific Advisory Board. Take a glimpse inside the board. 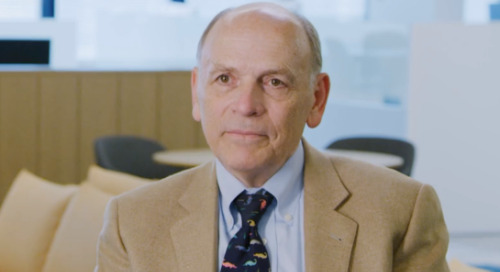 Oncology drug spending in the U.S. is on an unsustainable trajectory. Explore four paths to curb costs without compromising care. 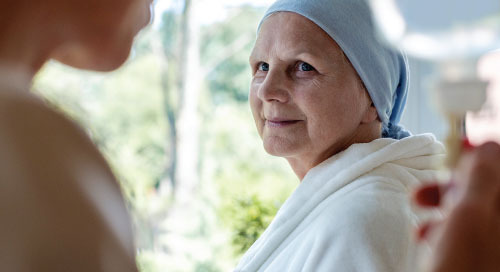 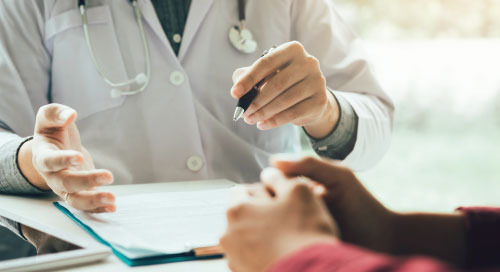 Learn how CMS aims to increase risk, cash flow and predictability for practices while reducing administrative burdens, through its next model for value-based oncology care. 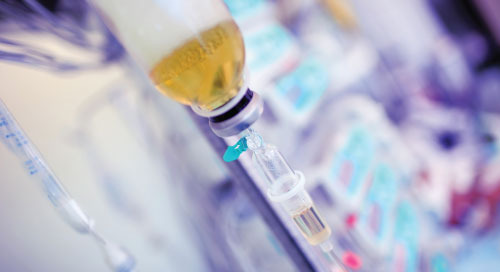 Cancer Spending in Medicaid: From Unmanaged Problem to Untapped Opportunity

As cancer drug prices soar and innovation continues at a dizzying pace, Medicaid plans need a new set of tools to rein in spending and ensure high quality care. 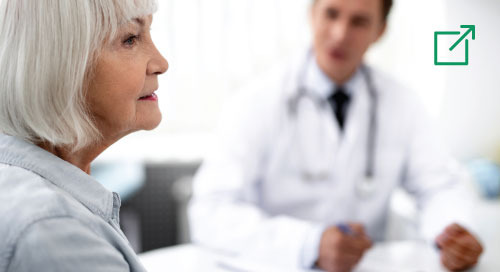 Our CMO Dr. Andrew Hertler is quoted extensively in this Managed Healthcare Executive roundup of strategies for driving value in cancer care. 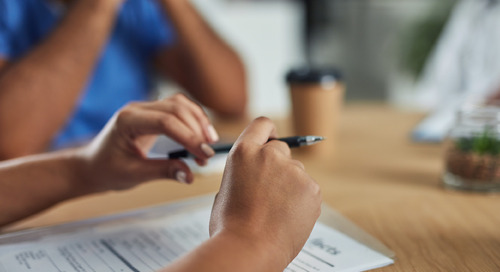 As the pace of treatment innovation threatens the financial health of both patients and oncology practices, it’s time to redefine reimbursement models to care for both financial and physical outcomes.

How do you deliver individualized cancer care from both a scientific and human perspective? Read Managed Care Executive for our CMO Dr. Andrew Hertler's thoughts. 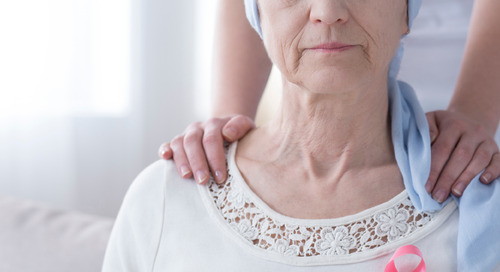 Cancer Care Costs Everyone Too Much. Here's How We Fix It.